Center for Bioethics AAAPI Panel - America is in the Heart: AAAPI Resilience, Empowerment, and Coalition-Building

VOTE FOR YOUR LIFE - FINAL PUSH BEFORE ELECTION DAY 2020

On this episode of #VoteForYourLife, Byron Allen is joined by Dr. Jody Armour, Dr. Jason Johnson, Dr. Christina M. Greer, David A. Love, April Ryan, and theGrio's VP of Digital Content Natasha S. Alford to discuss the final days before the election, what we have learned under the 4 years of Donald Trump, and what voters should be doing to hold elected officials accountable beyond November 3rd.
TheGrio.com Link to Story

Black Lives Matter Movement: Democracy and Social Prejudices in the US and India

Centre for Study of Society and Secularism﻿ Link to Story

Inside Story - Will Donald Trump last through his first full term as US president?

Will Donald Trump last through his first full term as US president? There has not been a dull moment in the White House since US President Donald Trump took office. In the past eight months there's been a series of executive orders and a string of high profile departures. Yet the president insists there is "no chaos" in his administration.
Al Jazeera Link to Story

Law & Order in the Sessions/Trump Era

David A. Love is a professor, journalist and commentator who writes investigative stories and op-eds on a variety of issues, including politics, social justice, human rights, race, criminal justice and inequality. He is a writer for CNN, The Appeal, theGrio, First Boulevard, Al Jazeera and BlackCommentator.com. In addition, Love's work has appeared in The Washington Post, The Nation, The Guardian and HuffPost, and he has been quoted by The New York Times, Time, Newsweek, The Atlantic and The New Republic.

Love has appeared on CNN, MSNBC, Al Jazeera, BBC, SiriusXM, WURD, CBC News and ABC News Radio (Australian Broadcasting Corporation). He was a producer for Democracy Now! and a contributor to the books, Four Hundred Souls: A Community History of African America, 1619-2019 (2021); States of Confinement: Policing, Detention and Prisons (2000), A Reader for College Writers, 6th Ed. (2004), At the Tea Party (2010) and Current Controversies: The Death Penalty (2015).

Love is an instructor at the Rutgers School of Communication and Information, where he trains students in a social justice journalism lab, and edits and publishes student work for the online publication NJ Spark. He has taught at the Temple University Klein College of Media and Communication in the Media Studies and Production Department.

In addition to his journalism career, Love has worked as an advocate and leader in the nonprofit sector, served as a legislative aide, and as a law clerk to two federal judges. He holds a B.A. in East Asian Studies from Harvard University, and a J.D. from the University of Pennsylvania Law School. He also completed the Joint Programme in International Human Rights Law at the University of Oxford. 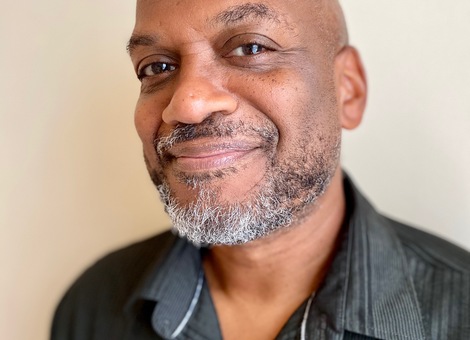